Normally when you are out tailgating, the only silicone in abundance is under the tight t-shirts and ultra-small jerseys on the eye candy roaming the parking lot. We recently discovered a new product called the Silipint that just may change the balance of the amount of silicone in the parking lot from under fabric to right there in your own hand. 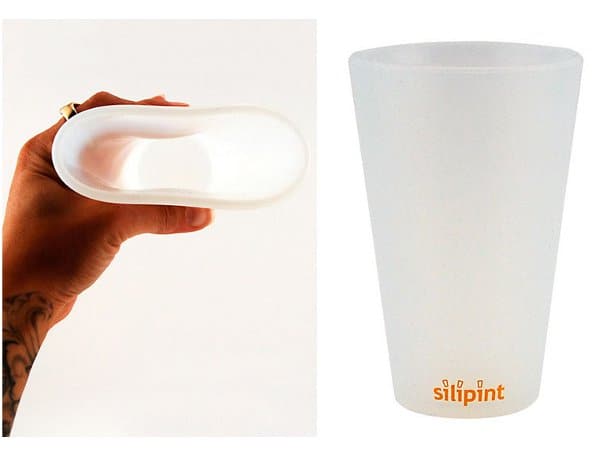 As you can see in the above photo, the Silipint is a flexible drinking vessel that is made out of 100% food grade silicone. After all, many stadiums are moving towards banning glass bottles and some have banned all types of glass altogether. Of course those red colored party cups have inherent shortcomings in that they are not environmentally friendly, are rather flimsy not to mention needing to buy more every time you tailgate because they are one use cups.

Upon receiving the Silipint and taking it out of the packaging, we noticed that it was very sturdy and could tell this thing was going to be able to take a lot of abuse. We squeezed it, folded it and even threw it on my tile kitchen floor. I stepped on it (I weigh about 285 pounds depending on what I had for breakfast that morning) and even took it out to the garage and put it in a vice and cranked it tight. I then placed about 8 oz. of water in the Silipint and then put it in the microwave for 5 minutes. The water boiled inside the Silipint but did not melt nor make the inner surface bubble. When I took it out of the microwave I was able to hold the Silipint in my hand without having to wrap it with a paper towel or a cloth. Had it been a traditional glass pint glass, there would have been no way I could have held the glass without some protection on my hand.

The Silipint withstood all that abuse and when I filled it full of water, there were no leaks or cracks whatsoever. It was at this point that I was determined to be the one guy that was going to somehow break this thing. That’s when I grabbed my video camera and filmed myself running over it with my tailgating vehicle. Here’s the video:

If you chose to skip the video, trust me, the Silipint withstood my SUV backing over it. It even held up when I tried to stretch it over the end of a broom handle. After each test I put it through, I poured water in it and it showed no signs of leakage, cracks or breaks. Now that the torture test were complete I tested it for its practicality for use while tailgating.

Normally when you take party cups tailgating, you need to be careful when packing them because any amount of pressure will cause them to split or crack. I don’t know how many times I have gotten to the parking lot only to find my cooler shifted during the drive and has crushed my sleeve of party cups. That’s a drag twice over in that now you need to go beg, borrow and steal a few party cups from your tailgating neighbors but you wasted all that money for cups you never got to use. With the Silipint, I was able to place it in between other items by bending it or folding it to conform to the space I need to fill. The Silipint also acted like a buffer or even a pad to keep things from moving around and making contact with other items. Picture packing peanuts keep items in a box from shifting and damaging other things. 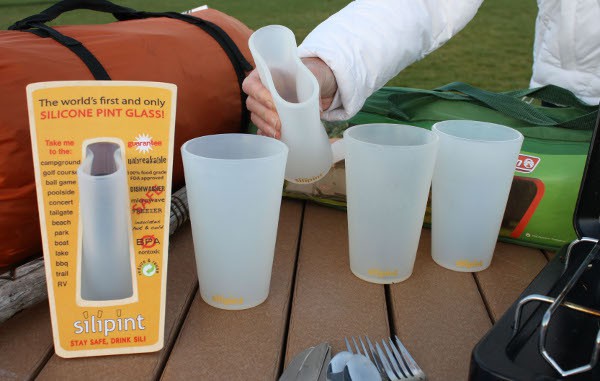 The Silipint costs $10 per pint glass or if you want a set of four, will run you $36. It might sound like a lot of money to spend up front for a tailgating cup but take into consideration how much you spend on plastic party cups each season. Because they are dishwasher safe and reusable, after a few trips to the tailgating parking lot using the Silipint, you will be saving money.

To buy any quantity of the Silipint, click the “BUY NOW” link below. Make sure to enter the coupon code “Tailgating” during checkout to receive 10% off your order.