Beer Pong has come a long way since the days of playing on your uncle’s table tennis table in his basement. Now comes a new way to play beer pong called MegaPongo. 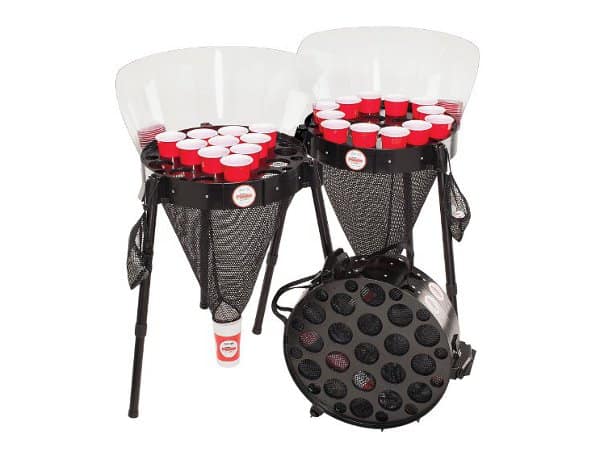 As you can see in the photos, MegaPongo is a new way to play beer pong. With backboards and a ball collection system, this is the new age of beer pong. Or if you are not a beer pong player, you can still play it by making up your own rules and standards for play. Some of the features include:

All the fun of traditional beer pong is still here—house rules to fight over, the pure athletic challenge of the game for beer pong sportsmen and sportswomen—but there’s so much more. Here are some other games to consider using MegaPongo.

What’s included when you buy MegaPongo:

MegaPongo is assembled by hand in the USA. Two-thirds of the costs are spent in the USA. Other countries include Canada, Mexico, Japan, Taiwan, China … and Texas.

As an add-on, you can purchase a package of six (6) WindBalls for $12. WindBalls are the exact same size as regular ping pong balls but are made of rubber and are heavier than ping pong balls. The WindBall is ideal for playing outdoors in the tailgating parking lot or in the backyard where the trajectory might be affected by wind or other outdoor elements. Windballs also have less bounce so that translates into less chasing after missed balls.